The UN Statistical Commission (UNSC) is comprised of Chief Statisticians from National Statistical Offices (NSOs) and has a working method of decision by majority vote, rather than by consensus. “Data needs are vast and the Data Revolution is reshaping the landscape quickly,” John Pullinger, former chair of the UNSC said in his opening remarks of the 47th session of the Commission.

Discontent among many UNSC Member States with the Inter-Agency and Expert Group on Sustainable Development Goals (IAEG-SDGs) indicator framework was apparent. Following the opening remarks, more than 80 Member States raised concerns. There’s an overall sense among most developing countries, notably from Least Developed Countries (LDCs), African Group, Land-locked Developing Countries (LLDCs), Small Island Developing States (SIDSs) and the Alliance of Small Island States (AOSIS) that complex targets are being translated into simple indicators which focus on developing countries and leave out the responsibility of developed countries. However, the USA urged the Commission to adopt the IAEG-SDGs global indicator framework, with the recommendation that the IAEG-SDGs “ensure full coverage of the scope of each target and evaluation of the functioning of the initial indicator set.”

The IAEG-SDGs is meeting in Mexico from 30 March to 1 April 2016 and will take the process forward. Its report and work plan recognize that more work needs to be done on the indicators, starting with their classification into three tiers, as follows:

Since the framework is designed to continue to improve as the technology landscape changes over the next 15 years, the IAEG-SDGs will focus on developing Tier 3 indicators, issuing further guidance on data disaggregation and examining inter-linkages between targets and goals and the possibility of identifying some multi-purpose indicators.

A decision by the UN Statistical Commission concerning the proposed indicator framework is anticipated on 11 March 2016. There is also strong pressure to address the need for capacity building of NSOs along with concerns about the process through which revised indicators might be agreed. As the G-77 stated, “the adoption of the report of the IAEG-SGDs by the Statistical Commission at the end of this week is not and will not be the end.”

The current draft is available and more on their continued work is described here. More on the deliberations of the 47th Session of the Commission can be found on the United Nations Statistical Division page. 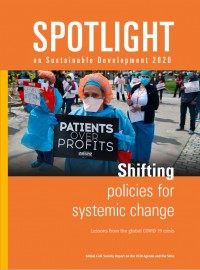 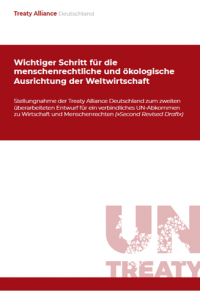